One of my favorite tools here at Datsun Ranch… This solution saves a ton of time on tuning an old Datsun!

Setting float levels in your Datsun SU carburetors is critical to optimal engine performance. Power and fuel economy are sacrificed if float levels are set too high, too low, or differ in each bowl. Until now, there hasn’t been a tool allowing you to visually inspect both float levels at the same time, with the engine running. Float-Sync shows you precisely where your floats are set to ensure your engine is running with peak power and efficiency. 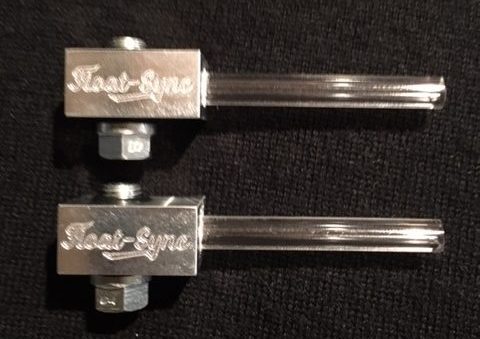 The level of fuel in the float bowl dictates the level of fuel in the jet nozzle. This is a big deal for SU carburetors because the fuel level in the jet nozzle directly impacts engine performance. When the engine is running, a vacuum is created in the SU carburetor venturi that pulls fuel out of the jet nozzle, mixing it with air and drawing it into the engine. If float levels are adjusted too high, fuel puddles at the top of the jet, allowing too much to be drawn into the engine, creating a rich condition. If the float is adjusted too low, it will be harder to pull fuel out of the jet, creating a lean condition.

A rich condition can cause plug fouling, poor fuel economy, gas fumes, diluted crankcase oil (contributing to blow by and reduced engine protection), and in extreme cases potential for an engine fire. A lean condition can cause the engine to stumble, backfire, ping and run hotter than it should, creating the potential to burn the valves.

Only Float-Sync allows you to see precisely where your floats are, and shows you the fuel level throughout the entire RPM range in each float bowl… all without opening the float bowl. 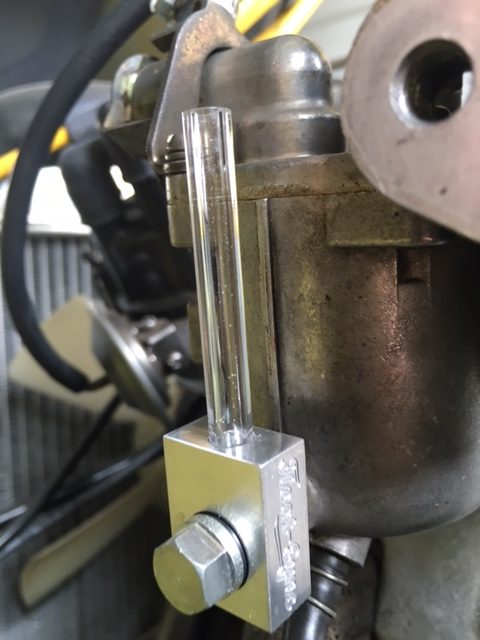 Setting floats by removing the float bowl lid and measuring the distance between the lid and top of the float is imprecise at best, because there are so many other variables. 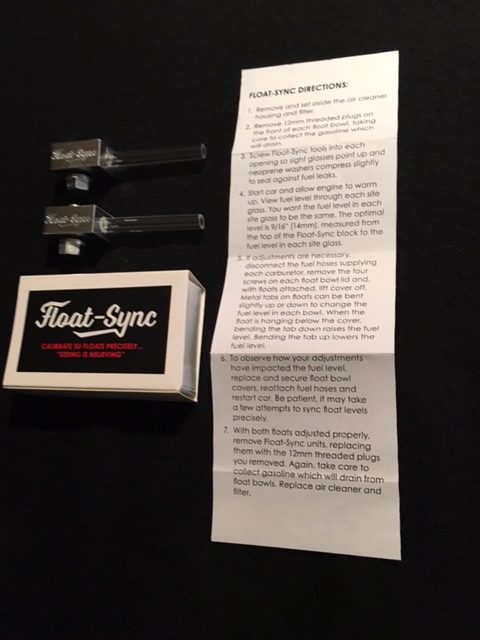