Throw in 350 horsepower and perfect 50/50 weight distribution with no additional weight under the hood, and you’ve got a track car with a license plate… a car that would stroll past a Corvette in a straight line and hold its own in the corners, and a Ferrari-eater without the Italian price tag.

The difference was, these were FACTORY cars, and if you dropped off your brand-new Datsun Z and a check for $7,950, Morrow and his team would build you a car that not only had a warranty, but would become a legendary collectible among Z enthusiasts.

As time has passed, the number of legitimate Scarab conversions have become cloudy – Some claim less than 200 “factory” Scarabs were ever produced, while others put that number upwards of 270.

Adding to the confusion, many “customer cars” were converted by Scarab – and even more were converted on a DIY basis by owners in other states, as over a thousand conversion kits were sold during the life of the company with an approximate price tag of $1200.

Some customers opted for all of the upgrades, some just wanted the V8 swap – but the ONLY cars that bore the coveted gold Scarab badges were the ones produced at one of Morrow’s three shops in northern California.

Over time, countless mods and body configurations were added to the Scarab catalog, including square headlight conversions, widebody kits, cowl hoods… and in 1980, Scarab released a turbocharged L82 version of their already insane hot rod Z, which would do 0-60 in 5 seconds, embarrassing most European exotics.

The fuel crunch and subsequent economic downturn put Scarab Engineering out of business soon thereafter, but not before Morrow paved the way for countless Z modifiers – and his recipe for a bad-ass Z remains popular to this day.

We hope you enjoy this Road Test article from September, 1976 on the legendary Scarab. It’s a great read! 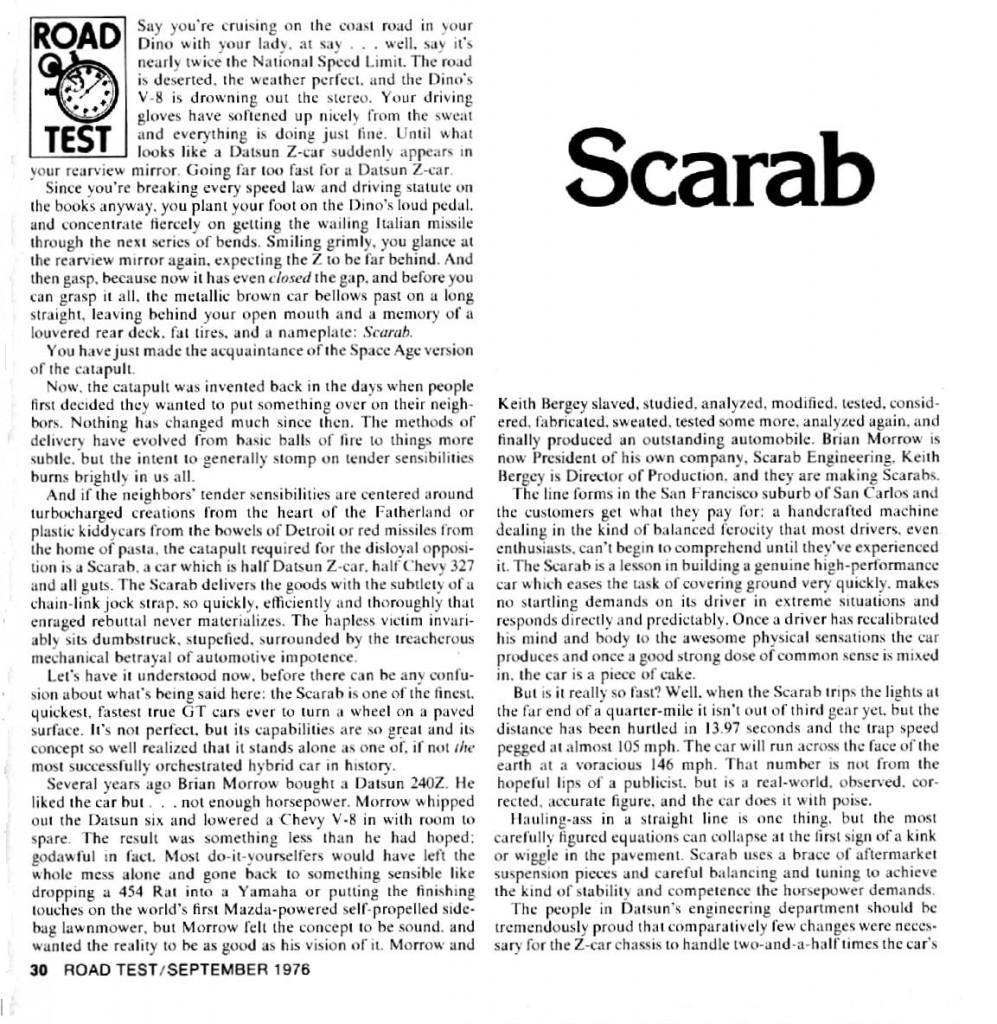 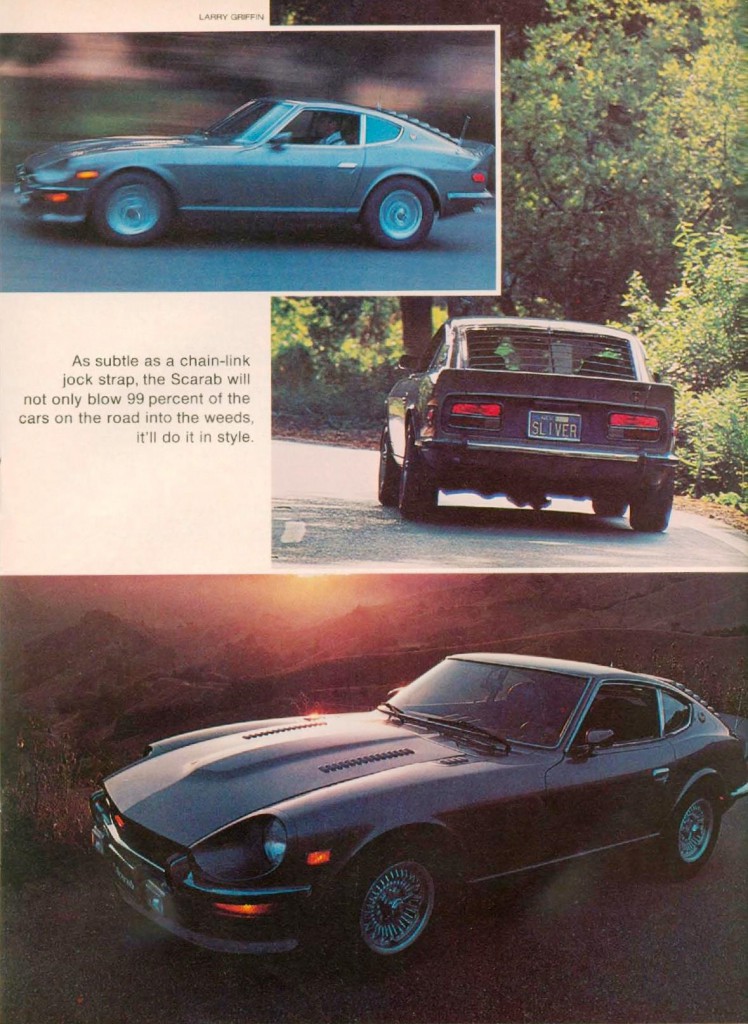 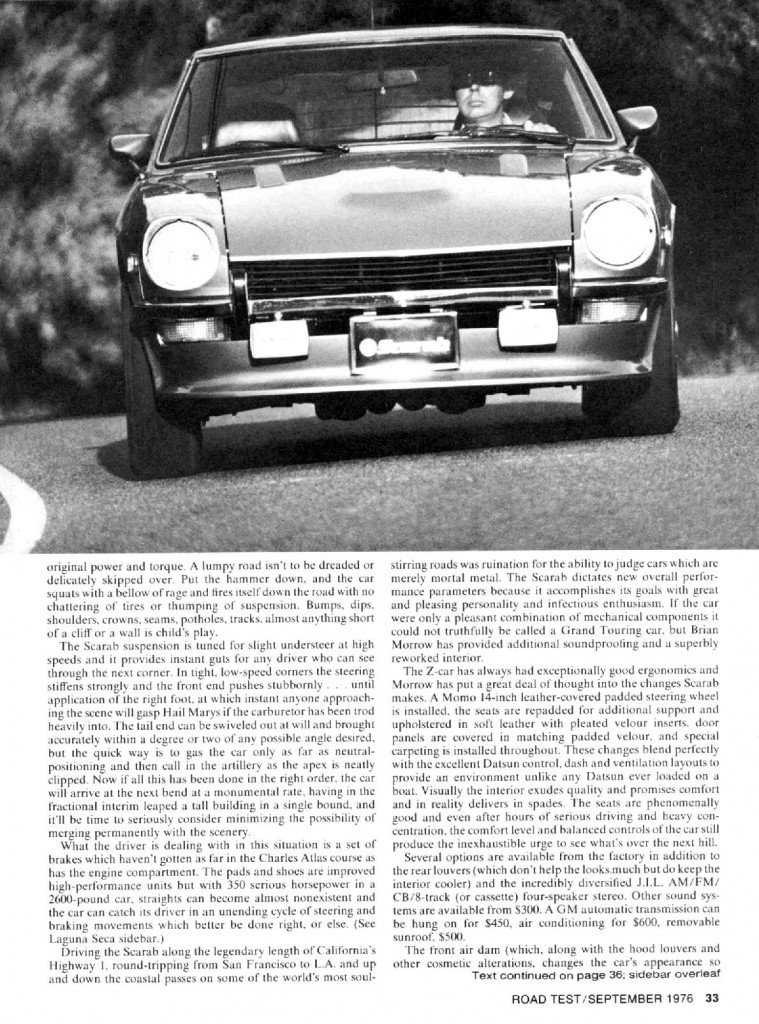 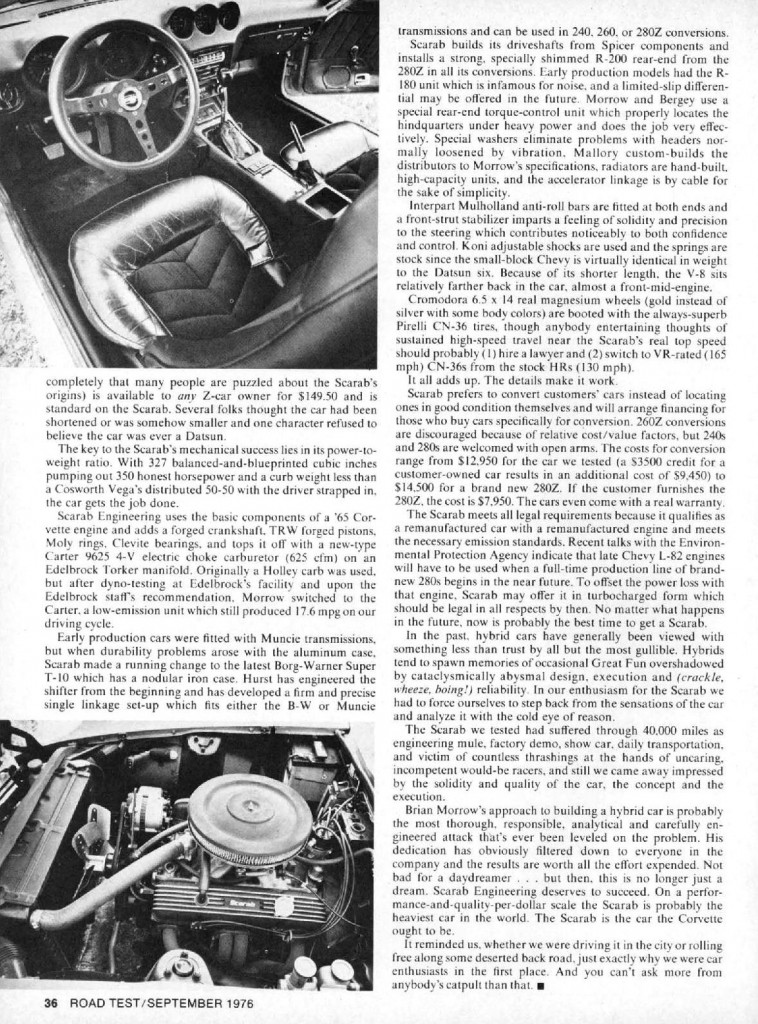 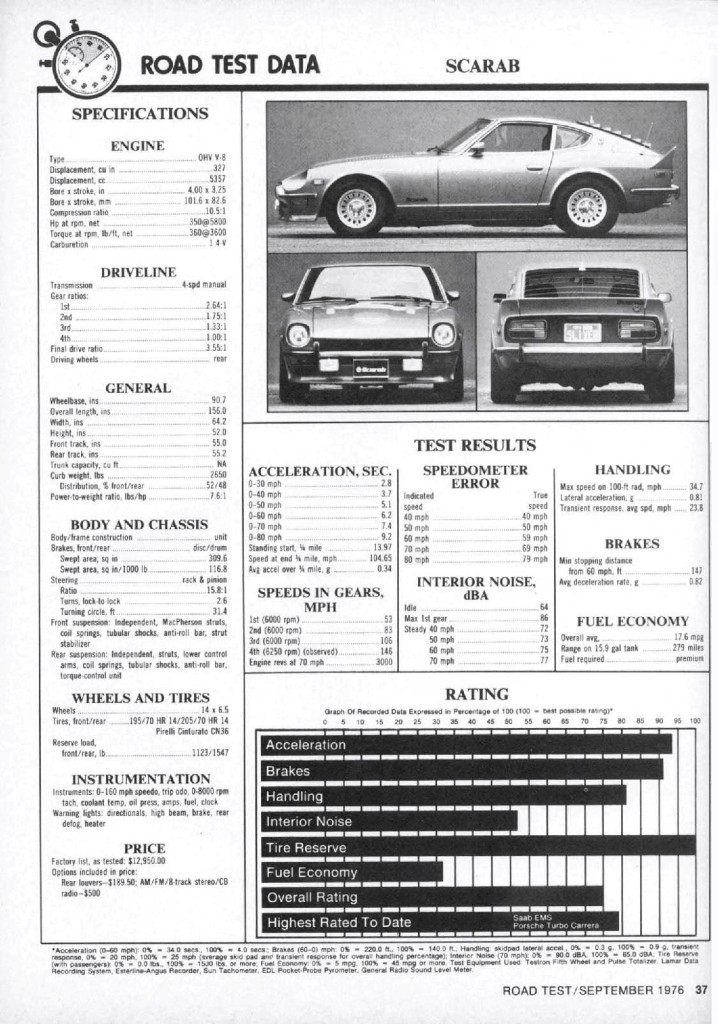 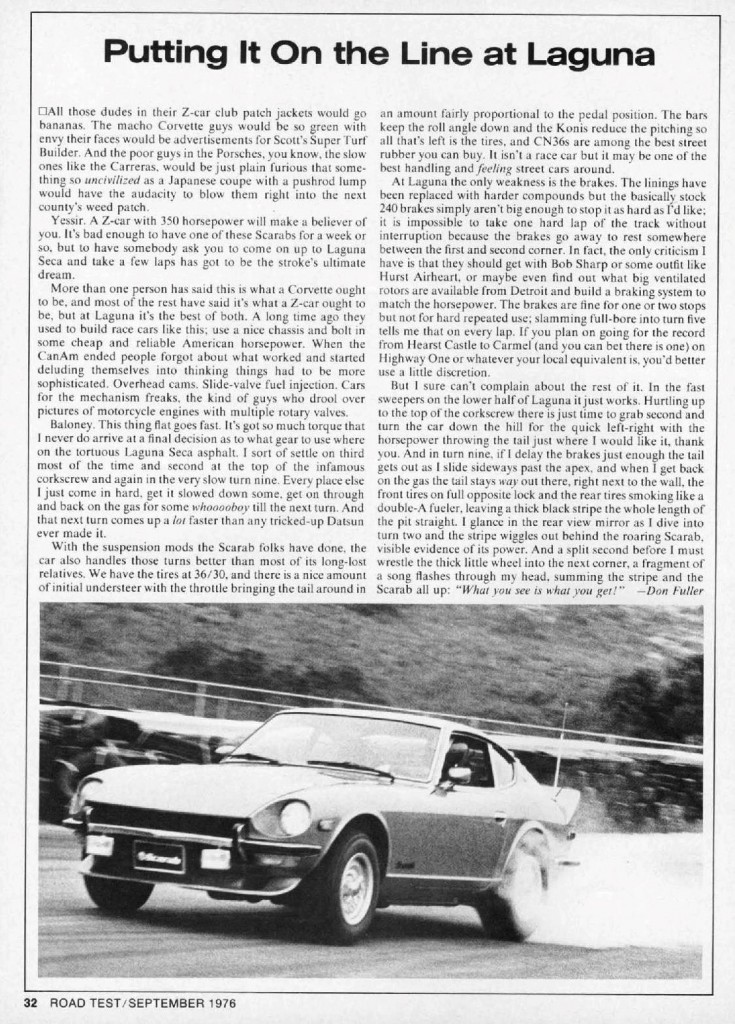