In 1960, Nissan banished a rebellious executive to California. Once in the driver’s seat, Yutaka Katayama took off like nobody’s business.

by David Halberstam, as appeared in ESQUIRE Magazine, October 1986

[This article was adapted from The Reckoning, by William Morrow]

Yutaka Katayama was sent to America in 1960 to handle Nissan’s first exports to that distant and pervasively rich land, not because he was a rising star but because he was in disgrace in Tokyo, and this assignment was a form of exile. What better place for a Japanese auto executive in disgrace than the world’s greatest center of automobile manufacturing, where success was dubious and failure highly likely?

Katayama was a conservative man of upper-class origins, and his privileged childhood had made him somewhat different from other Japanese. For one thing, it had given him a desire for a higher level of independence. For another, it had made him an absolute car nut. His father had owned two very sporty cars, and it was Katayama’s love of cars that brought him to work at Nissan: it was about cars, and he was about cars, and he not only wanted to drive them, he wanted to build them.

At one point, frustrated with the politics of Nissan, he had even designed his own car, an ultralight auto for a country where gas was extremely expensive. The Flying Feather, it was called, and he and a friend put it together in the second story of a Tokyo building – but couldn’t get it out for a trial run. In a nation filled with laws and restrictions and inhibitions, racing around in a sports car was to Katayama the highest form of freedom. 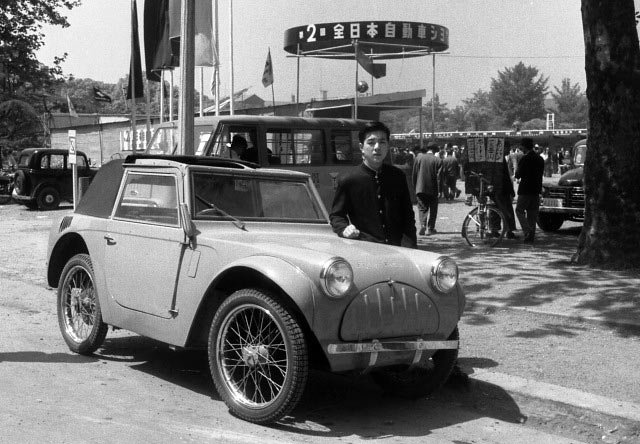 By the late Fifties, he had fallen into disgrace with his superiors because of his opposition to the company’s new, powerful, management-propelled union. Katayama, a man of the old order, was essentially anti-union. In his perfect world, managers would deal with workers in an honorable Japanese manner that reflected well on both labor and management and that accorded both sides dignity. In a slightly less perfect world where there had to be unions, management would make the decisions, and labor would go through the motions of pretending that it had fought valiantly to improve things. That kind of relationship he could understand. Labor as an extension of management was something he could not. In the early Fifties, when Nissan had been under assault from a leftist union, Katayama had opposed the leftists. That had not bothered his superiors. But his crucial mistake was to oppose the new management-sponsored union, which had crushed the leftist one. That had sealed his fate.

His friends warned him to keep his mouth shut, but he never listened. When almost everyone else in middle management was joining the union, Katayama stood on the sidelines. In 1958, desperate to get away from the company’s politics, Katayama led a triumphant team of Nissan drivers through an arduous auto rally in Australia. He returned a national hero – only to find that his job had been given away to a union member. Two years later, when management asked him to check out Nissan’s prospects in California, he jumped at the chance. The decision to try exporting had been partially inspired by his success in Australia, and though he knew he was being banished, he was delighted nonetheless. 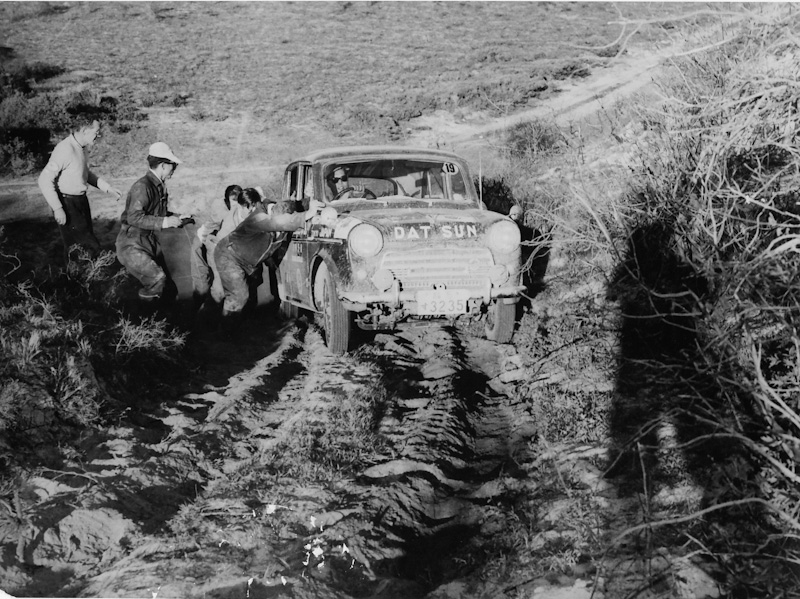 As a student Katayama had been sent to America by his father to expand his horizons, and he had loved it. Now. as a grown man living in Los Angeles, he was struck again by the sense of freedom. Americans believed they could do whatever they wanted, the way they wanted, when they wanted. The lack of formality, symbolized by the absence of blue suits, cheered him. In Japan, if you were to transact serious commerce, you wore a blue suit. If you were not entitled to wear a blue suit, you wore a laborer’s work clothes. But in America there was no telling what a man did by looking at his clothes.

In addition, and most miraculously, it did not seem to matter that he was Japanese: what mattered to the Americans was what he was selling and what the terms were: Was it a good deal? An American trying to do business in Japan, he was sure, would never have found as many doors open as Katayama was finding open to him. Yutaka Katayama, to his amazement, found himself more at home in California than he had been in Tokyo. Soon the American job became a permanent one. No one else seemed eager to go to America, that alien, often terrifying place, so he was placed in charge of Nissan’s operations in the western United States. He sent for his family. What was supposed to have been a brief tour lasted seventeen years.

Next – The challenges of the early years: How Datsun Discovered America, Part 2