With the engine in the bay, the wiring was up next on the list. 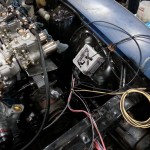 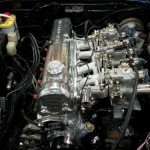 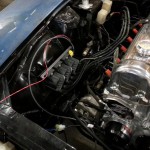 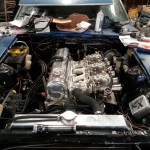 Remember how I mentioned that this car sat for 12 years? Well guess what? It sat with a full tank of gas! It was the nastiest stuff I have ever had to deal with. Terrible, terrible stuff…. With the gas tank dropped, I began to inspect it. It was not looking good at all. 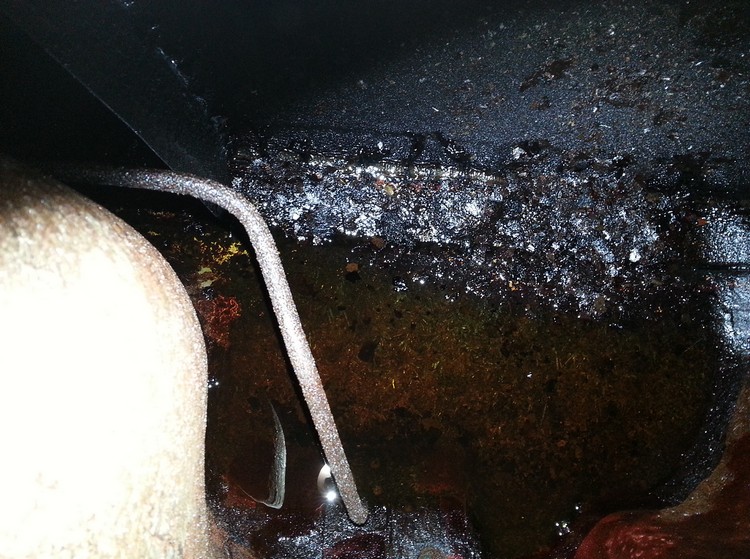 I needed to come up with some options on what I was going to do. Find a replacement? Fuel cell? Clean it? Calculating costs of a fuel cell quickly exceeded a budget that didn’t have much room to afford these kinds of problems. But there was no way I was starting this engine until the fuel lines were all taken care of, including the tank. Postings were placed on all the usual spots, looking for a used early 1976 fuel tank – but this resulted in nothing. So I started looking locally at some places that could clean out the tank. “Commercial Radiator Service” or “CRS” here in town said they could help me out. They focus mainly on industrial heavy machinery. Had a quick look of the place, and left the tank with them. A week later I was told to come get it. The foreman said it was one of his more difficult jobs his guys had to do, but it came back pretty! The fuel lines were blown out with compressed air, and cycled through with solvent on a small pump until it ran clear. Unfortunately, no pics of the restored tank, but it looked like new!

With everything wired up, and a clean fuel system, it was time to see if we could get this started… With the new setup, setting the timing was a cinch! 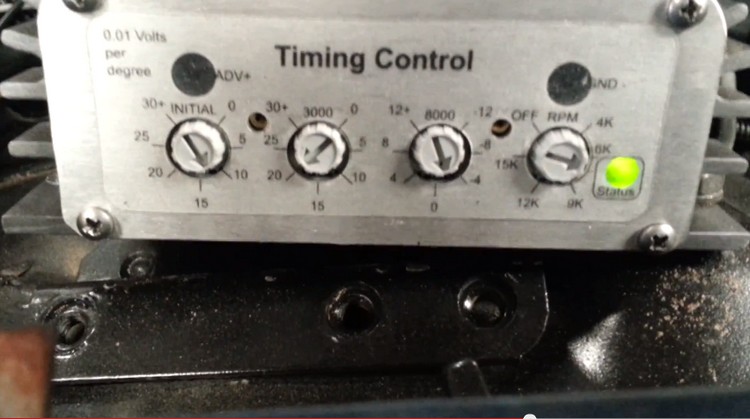 Initial startup to 3000 rpm (idle), then you add initial + 3000 rpm to get your “all in”. I was shooting for about 32-34 degrees total timing. The built-in rev limiter would ensure that I wouldn’t kill the engine accidentally!

It took some fiddling with the carbs a bit… but eventually…. [NOTE: Some NSFW language]

No muffler, no exhaust… just an open header – no tune or carb sync, and stock jets out of the box.

I cut the hole in the hood to mount the Datsun Competition hood scoop. There was some fair bit of history around this part – It was actually a dealer option down here in the Southwest on cars with SU carburetors that experienced vapor lock. It worked so well, that the Datsun Competition department picked it up as a performance modification. Remember that hot AZ heat I’ve been talking about? This will ensure that extra heat has a route out of the engine bay. 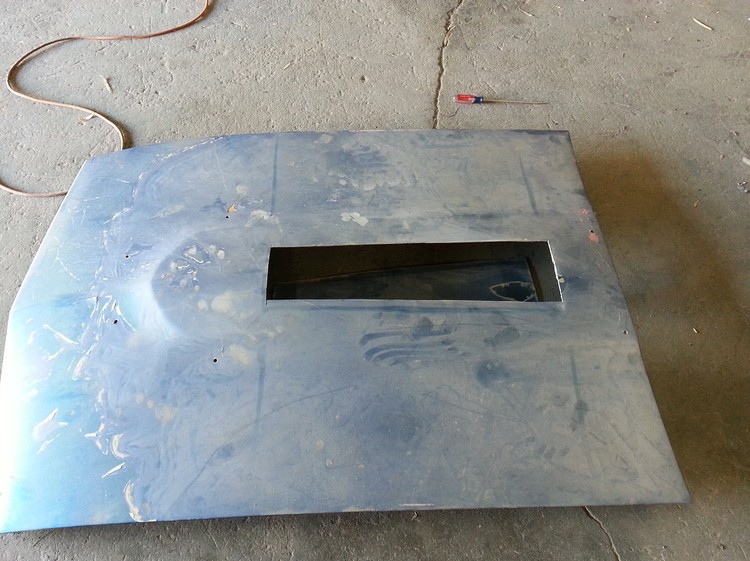 At this point, it was time to bring the Z home with me. 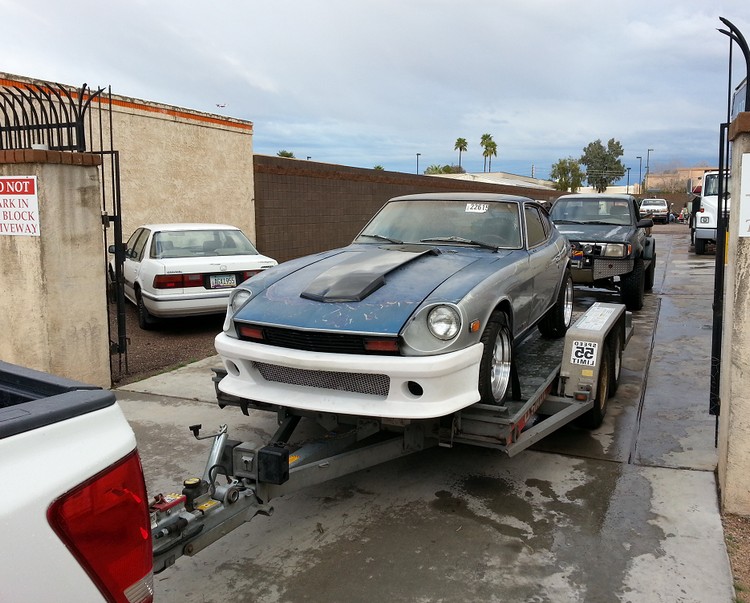 With the car now heading home with me, I could continue to work on it after hours, weekends and whenever I needed to, in my own garage. 14 weeks was spent to get to this point. However, it was during this process, my wife and I found out we were going to be expecting our first child! As if the project wasn’t going fast already, I needed to get this wrapped up sooner than later. My wife was now getting anxious with all the money I had been spending on this project, and with the car not complete, it was weighing heavy on me as well.

A pause to make important decisions – Would the Banzai Runner continue?